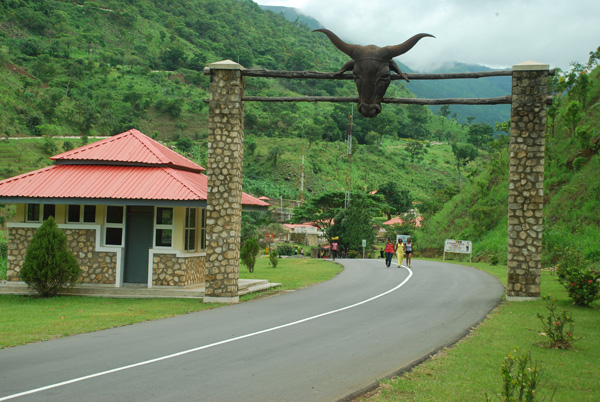 THE Federal Government has approved a Tourism Development Fund to enable the Ministry of Tourism to seek private sector funding for the country’s tourism development programmes.

He said, ‘Mr. President has pledged to encourage the sector, particularly, the possibility of engaging with the private sector in order to strengthen the growth of tourism in Nigeria. It is pleasant news that just recently, Mr. President approved tourism development fund for Nigeria that is just phenomenon for us.

‘It means we can go to the private sector and raise money for various tourism programmes within and outside the country,’ adding that the funds would be distributed in line with the vision of the ministry.’

Duke described the fund as phenomenal for the ministry, saying,

Masquerade dancing on water
‘The people’s culture and their value orientation is the very fabric of their development, anything outside that is like building a foundation from the roof. The issues of corruption, indiscipline, insecurity, integrity and all of these revolve around how we orientate our people towards the issue of citizenship and nationhood,’ he stated.

Duke said that some people in authority most times misconstrued the economic importance of culture in national development thus they failed to give appropriate funding to the sector.

The minister said that Nigeria has a huge potential to grow tourism and make it one of the best in the World and that it was a challenge that could be surmounted, stressing that there is need for professionalism in the culture and tourism sector which he said is an all embracing sector that can accommodate all professions.

‘Tourism is the only sector that can employ engineers, employ architects and all kinds of professional callings and competences because of its interrelationship between other sectors. It is a sector that is able to galvanise other sectors and can also accommodate skilled and unskilled labour, ” he stated.

Duke said the ministry plans to take culture and tourism to the grassroots in 2012, adding that it also plans to introduce tourism curricular in schools across the country.

The Institute for Tourism Professionals of Nigeria is a Higher, vocational and tertiary level professional organisation, established to furnish the industry with professional personnel who can provide good quality standard of products and services.

© 2022 Institute for Tourism Professionals of Nigeria.